NRO linked to this.

It's reworking of The Man Trap (the first episode in Star Trek the Original series) according to Wikipedia. [Say what you may, there would have been no easy way to work this out before Wikipedia was launched.]
Posted by Paul Halsall at 6:28 pm 2 comments:

I just watch Hilary smash down Tim Russert at the Democratic candidates debate.

She may be scary lady, but hate her or love her, you have to give here this, she is damn good at debates.

One of my correspondents noted that she got this skill "probably from talking to Bill whenever he came home...."

I suppose that Hilary has lived and learned from life's experiences.

I am quite sure, for example, that when she is president she will not be found in a corridor off the Oval Office with an intern and a cigar.
Posted by Paul Halsall at 4:25 pm No comments:

The United Kingdom under Labour...

....true heir of the American Revolution.

We [the American colonists fighting in the War of Independence] have shed our blood in the glorious cause in which we are engaged; we are ready to shed the last drop in its defense. Nothing is above our courage, except only (with shame I speak it) the courage to TAX ourselves.

[Just think how many of the world's problems could be solved by a US President and Congress which would impose a 50 cent a gallon tax on gasoline.]
Posted by Paul Halsall at 4:03 pm 4 comments:

Turkey: The Most Bangs for Your Buck

...at least according to this survey.
Posted by Paul Halsall at 3:49 pm No comments: 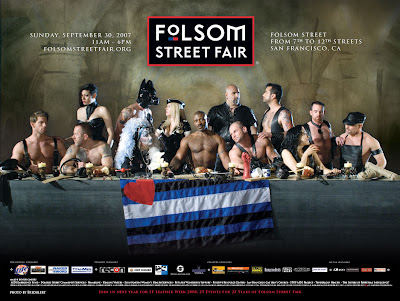 Andrew Sullivan, for whom I have the highest regard attacked the picture above as blaphemous. (Indeed the site has now changed it).

Dan Savage has the perfect response.
Posted by Paul Halsall at 3:50 pm 2 comments:

Proud to Be An American

The United States scored an impressive goal yesterday, when Columbia University's (much protested) invitation to President Ahmadinejad of Iran was not interfered with by the US government.

It was a glorious victory for the US system.

The Iranian President was allowed to speak and he hanged himself. It was an almost perfect demonstration of the virtue of allowing free speech.

Furthermore, as others have pointed out, Columbia itself, both facilitated the event, and bore witness.